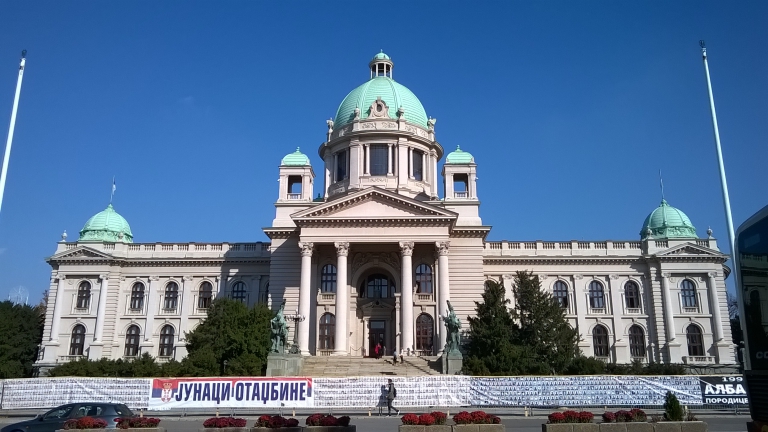 Perspectives on V4 and WB

The Metropolitan University Prague ranks among the oldest and largest private universities in the Czech Republic. The steady influx of applicants interested in studying at Metropolitan University Prague attests to its reputation of a first-rate educational institution. As of the 2018/2019 academic year, MUP provides education to approximately 5000 students. Since its establishment in 2001, the University offers study programmes in the area of international territorial relations, legal specialisations, international economic relations, political science and security studies in both full-time and part-time forms of study in Czech as well as English. Next to Bachelor and Master programmes MUP offers also four Ph.D. programmes. MUP operates in Prague and in three regional centres in Pilsen, Liberec and Hradec Králové.

University of Wrocław
Excerpt from https://international.uni.wroc.pl/en/s3.php

The University of Wrocław is the largest university in the region and teaches over 26,000 students and around 1300 doctoral students at 10 Faculties. 9000 students graduate from the University every year. The university has a rich history of more than three centuries. Founded by Leopold I Habsburg the university evolved from a modest school run by Jesuits into one of the biggest academic institutions in Poland. At the beginning of the 19th century the university had five Faculties: philosophy, catholic theology, evangelical theology, law and medicine. Later it was expanded by numerous sections, laboratories and a natural museum, which exists until today. Today, the first and foremost focus of The University of Wrocław is scientific research. Our scholars have numerous links with their fellow researchers from other higher education institutions in Poland and throughout the world. The success of our researchers has been recently recognized by Polish authorities, who significantly increased funding for both equipment and research at our University by 80% compared to previous years.

The Center for European Neighborhood Studies is an independent research center of the Central European University located in Budapest, Hungary. Its main goal is to contribute to an informed international dialogue about the future of the European Union in the world, while capitalizing on its Central European perspective and regional embeddedness.

The strategic focus of the center is academic and policy-oriented research on the place and role of the European Union in its rapidly changing and increasingly volatile neighbourhood. Through its research, CENS seeks to contribute to the understanding of the environment where the EU, its member states and partners need to (co)operate, and it aims at supporting the constructive development of these relations by providing opportunities for discussion and exchange. The center’s geographic focus areas are Central and Eastern Europe, the Western Balkans and Turkey, Eastern Europe, the South Caucasus and Russia.

Institute of European Studies of the Jagiellonian University

The purpose of establishing the Department of European Studies and the present Institute of European Studies has been to conduct teaching and research in the field of European studies. Such a formulation of objectives determines the interdisciplinary nature of the unit, which approaches the European issues from the perspective of several sciences: anthropology, economics, cultural studies, political studies, sociology, and law.

Faculty of Political Science, University of Sarajevo, is the oldest such institution in Bosnia and Herzegovina. The Faculty is in essence a faculty of social sciences, incorporating five departments: Political Science, Security and Peace Studies, Communication, Sociology and Social Work. It is also the largest student body among the comparable departments in the country and brings together fairly large faculty of some 70 full time academics. As part of the generation change in the past decade, the faculty is now much younger on average. Also, several new programs and projects have been initiated during this period, among which is introduction of English language instruction in the Department of Political Science, revisions of curriculums, expanded international cooperation and cooperation with many European universities on a range of project across all departments. 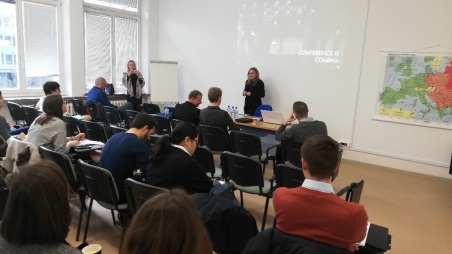 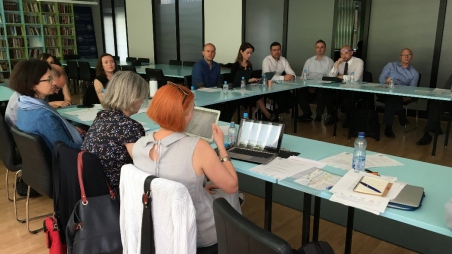