Hence, a focus will be put on the Western Balkan region, which additionally is confronted with a number of social, political and security issues in relation to the huge numbers of unregistered refugees traveling through their territories. The countries, which due to structural and financial limitations, might be extremely challenged to cope with the accommodation and care of refugees, are faced with the dilemma that some asylum seekers are not accepted in their preferred country of destination and are returned to the Western Balkan states. In relation to the EU member states, bordering onto the region of the Western Balkans, it is of utmost importance to prevent a de-stabilisation of the region in social and political terms and to preserve the social cohesion. Therefore, the question what the consequences of the migrant issue on the political system of the countries in the Western Balkans and in the EU and EU-member states in general are, is a pressing and valid one.

What the conference is going to look at is the political discourse on the level of politicans, as well as in the wider public sphere on the migrant issues. Questions of how the historical background, past experiences, and the respective political context affected the discourse, will be addressed. How and in what way was the broader public confronted with the migrants and how was that experience perceived? How was the migrant issue used by whom and to achieve what? What arguments and claims where made in relation to the refugee situation? 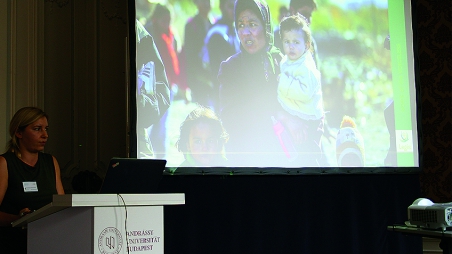