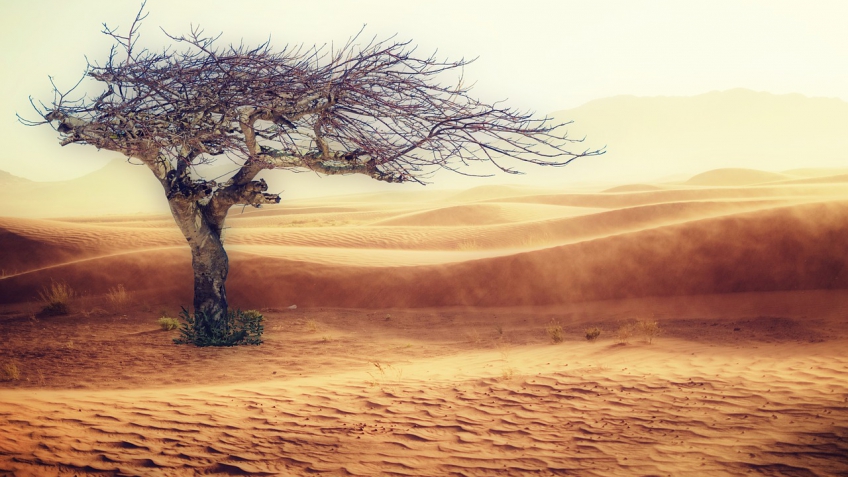 Europe's green transformation - Can we beat the heat and save our planet?

Probably the most important task of international diplomacy this year and in the years to come is to prevent our planet's climate system from collapsing due to rising temperatures - with far-reaching consequences for life on Earth. Natural disasters would be the consequence and large parts of our planet could become uninhabitable. This would inevitably lead to refugee flows - with many more than the 60 million people on the run today.

During the last years the EU has become the driving force in global climate policy. Fifteen months ago, EU heads of state and government agreed on a new long-term climate policy goal for the EU: to become climate neutral by 2050. This is also the central objective giving guidance to the European Green Deal, and it is about to become legally binding through the EU climate law. It makes the EU the first regional bloc to have committed to going to “net zero” emissions. A few weeks ago the EU adopted with 55 % an even higher 2030 emissions reduction goal. With the recent Leaders Climate Summit the US was successful to restore its place at the head diplomatic table and to create momentum for raising ambitions and leading by exemple. The United Nations Climate Change Conference (COP 26) in November in Glasgow has to move the global climate agenda forward.

Where are we in the preparations for COP 26 and how to translate the European Green Deal and the European Climate Law from a political and legal commitment into concrete action all over Europe and on all societal and economic levels?

Join us as Dr. Camilla Bausch, Director of the Ecologic Institute (Brussels/Berlin) and Ada Ámon, Chief Advisor to the Mayer of Budapest on climate affairs, sit down with Andrássy University´s Dr. Heinrich Kreft to address these and other questions. Beate Martin, Director of FES Budapest will kick off the event with some words of welcome.

We look forward to your participation and a lively discussion. Please register HERE by May 5. The event will be held via Zoom.

Dr. Camilla Bausch is Scientific & Executive Director of Ecologic Institute. Her main fields of research are climate and energy policy. Dr. Bausch was a long-standing part of the German Delegation to the UN climate negotiations. She has been active in the introduction and reform of the emissions trading system in Germany as well as ongoing developments of energy law. Dr. Camilla Bausch serves as co-chair of the T20 Task Force on Climate Change, Sustainable Energy and Environment during the Italian G20 Presidency. She is spokesperson of the Ecological Research Network (Ecornet). Dr. Bausch is co-editor of the Carbon & Climate Law Review (CCLR) and a sought-after lecturer and panelist.

Ada Ámon has been involved in climate and energy policy issues nearly over 30 years. She became chief advisor to the Mayor of Budapest on climate affairs and now leads the climate and environment unit of the city hall. She joined E3G - Third Generation Environmentalists - as senior associate in 2015 and has been in charge of the Central Eastern European activities. She was the CEO of the Budapest based thinktank, Energiaklub for more than 15 years. Ámon appeared as one of the most influential women according to Forbes (2015) and she was among the three winners of the Women in Energy prize awarded the first time in the framework of EU Sustainable Energy Week (2020).

Moderator:
Heinrich Kreft holds the Chair for Diplomacy II at Andrássy University Budapest and is Director of its Center for Diplomacy. He served as Ambassador to the Grand Duchy of Luxembourg (2016– August 2020) as Senior Strategic Analyst and Deputy Head of Policy Planning (2004-2006) and in many other positions during his 35 year long career in the German Diplomatic Service. He was a visiting fellow at The Henry L Stimson Center, the Heritage Foundation, the Brookings Institutions, the Woodrow Wilson International Center for Scholars and the Transatlantic Academy of the German Marshal Fund of the United States in Washington, D.C. He has published extensively on international relations. Most recent publications on US-China relations and transatlantic relations, diplomacy and “The Ecologic Imperative”.