Andrássy Universität Budapest | Projekt | Europeanisation meets democracy from below: The Western Balkans on the search for new European and democratic Momentum (WB2EU) 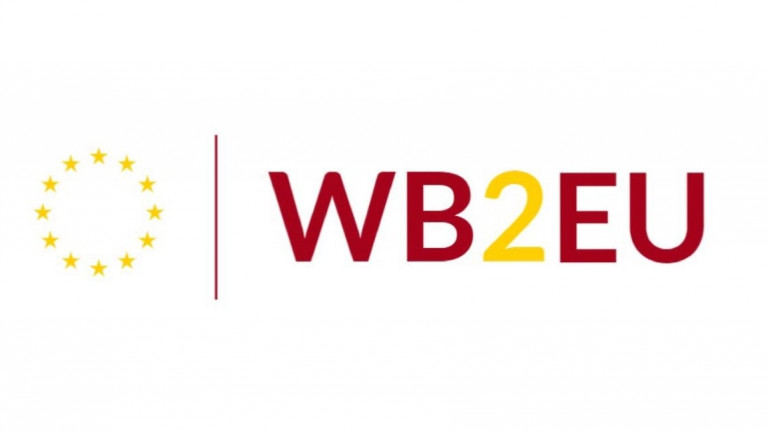 Europeanisation meets democracy from below: The Western Balkans on the search for new European and democratic Momentum (WB2EU)

The next few years will be decisive for the democratic and European future of the Western Balkans.
In addition to a credible enlargement perspective and a positive enlargement narrative, which needs to be reinvented and reinvigorated, it is vital to support rule of law, civil dialogue, pluralism and the fight against corruption as well as the social dimension. It is crucial to invest more in social inclusion, to support the broad vision of just and democratic societies, which needs to include various bottom-up initiatives and actors.

The project is co-funded by the Erasmus+ Programme of the European Union.
For further information please visit the central website of the project: https://www.wb2eu.eu/.
1st "Ideas go public Lab" - online
Moving forward or standing still? New momentum for the European future of Bosnia and Herzegovina,
30. June 2021, 17:00 – 18:00, online event
The EU Enlargement is in dire need of new momentum, yet rule of law, justice and fundamental right reforms do not seem to be of utmost priority to the governments in the region. Is there a way to move forward and create new dynamics by seriously addressing these issues, or will insisting on reforms turn out to be a good excuse from both sides and a stumbling block for the European path of the region? Will Bosnia and Herzegovina and the Western Balkans continue to stand still in terms of EU integration or start to move forward? This discussion will take a closer look into the state of play of rule of law, judiciary and fundamental rights reforms in Bosnia and Herzegovina, both from the perspective of the EU, the wider region as well as from the citizens in the country.
The kick-off conference of WB2EU took place online on 23.03.2021 and 24.03.2021.
First op eds and publications of the project were published in March 2021, the first op ed is published also in Hungarian.

For a long time, the Central and East European new member states such as Slovenia were a symbol
of successful Europeanisation and of the strength of the enlargement policy as the most important
foreign policy tool of the European Union. In the last decade, they have taken a central role in the
divide over fundamental norms and rules such as independent judiciary, media and civil society, thus
ultimately playing in favour of the enlargement fatigue in the Western Europe.

The public debate will among others address the following questions:

- What did Ursula Von der Leyen’s tour in September tell about the reformed enlargement
policy being up to the institutional and geopolitical challenges in the region?
- How will the German elections impact the rule of law and enlargement policy?
- What is the climate in the European Council as seen from the outcome of the informal EUWestern
Balkans Summit? How prominently figures here the questions of the rule of law and
lack of reforms in this sector?
- Are multi-ethnic countries such as Bosnia and Herzegovina, Kosovo and North Macedonia
losing their grounds vis-à-vis the strongmen and growing nationalisms in the region? How will
this impact the reform impetus?
- Are we witnessing a re-emergence of the ethnic conflicts as a result of the weakening of the
multilateral-normative framework?

The panel explored the challenges and prospects of “young Europeans” in Kosovo (and similarities across the Western Balkans region) in the current socio-economic context, existing education system, limited freedom of movement and the COVID-19 pandemic impact. The recent breakthroughs of young Kosovars in the international arena will paradoxically be used to illustrate their (bumpy) road to success helping us unveil the main challenges encountered.

A short clip of internationally awarded Kosovo short movie screening, followed by a discussion around the following questions:
· What mechanisms exist for the participation of young people in Kosovo? What about in other
Western Balkan countries? Any best practices? How can they be improved and how can decisionmaking
be made more inclusive for young people?
· How can institutions provide a more favorable environment for young people in Kosovo and
support them to achieve their maximum potential?
· What are the top three priority areas that can be improved with immediately available resources?
What is the longer-term strategy?
· What role should civil society have? Advocacy? Or direct interventions?
· How can the EU contribute to empowering youth in the Western Balkans, beyond promises of
enlargement and demands of youth-friendly strategies?

Right in between the tail of the presidential race and the head of the parliamentary elections, our
WB2EU 4th Ideas go public Lab focuses on the general politics of enlargement in France. The
Russian aggression on Ukraine has rekindled a movement of solidarity and mobilisation akin to
those of 1956 for Hungary, 1968 for Prague or the 1980’s for Poland. The reconfirmation for
Ukraine of its European destiny, in the face of war, and its domino effect on Georgia and Moldova,
triggered a refreshed interest in the French public and political spectrum, for the EU’s
enlargement goals and processes. In this regard, we found relevant to reflect on what this novel
context could mean for the Balkans’ path into the EU. And the associated political narratives and
plays.
Following the usual pattern, the Ideas go public Lab will have an afternoon specialist round table,
an evening public event – followed by a formal get together – and a WB2EU Network meeting for
debriefing and reflecting on the next steps in the framework of the project.

So, the WB2EU 4th Ideas go public Lab served the following purpose:
· To have an intensive debate about the general politics of enlargement in France, the EU’s
enlargement goals and processes.
· To reflect on what the latest developments in Europe mean for the Balkans’ path into the
EU.
· To have an exchange with political stakeholders and further establish academia-policypolitics
alliance around the project

In two panel sessions of our public debate in the framework of our 5th Ideas go public Lab we discussed inequality in the Western Balkans & the situation of young people in the labor market & education. The main topics of discussion:

According to the Commitment to Reducing Inequality Index, Serbia is at the bottom of Europe and 84th on the list of 154 countries in the world. One of the causes of high inequality in Serbia is the high percentage of persons who have a very low work intensity. Similar state of affairs effects the entire Western Balkans region, as Albania is ranked 80th, North Macedonia 103rd, and no data for others. The share of these persons aged up to 60 years old in Serbia (21.2%) is much higher than the European average (10.5%) and individual EU countries. The economic insecurity is followed by a lack of social measures and respect for basic human rights for the most vulnerable groups in Western Balkans region, such as Roma, women 45+, people with disabilities and LGBTI+ community.

In the Republic of Serbia, an institutional, legislative and strategic framework aimed at young people has been developed. The position of young people, however, is often assessed as unsatisfactory, primarily due to the position of young people in the labor market, but also the quality of the education system, which is the case throughout the whole WB6 region. Regarding the views of youth on the Republic of Serbia entering the EU in 2021, a historic low of 39% of young people supported Serbia joining the EU, 33% were against it, while 28% did not know. According to the research, more than half of young people are not interested in being informed about socio-political events, while the interest to be actively involved in sociopolitical events is even less. Slow process, and often a status quo in EU Integration led to loss of trust of youth towards the process itself, which can cause a spill-over effect in the entire WB region.

The “Summer School”, organised in Cres (Croatia), focused on the main topic “Researchers meeting Activists: Regaining new European and democratic momentum together”.
The involvement of young researchers in the project provides them with knowledge, experience and skills relevant for their academic and professional futures.

The OP ED "Yes, EUtopia is possible!" was written during the WB2EU network’s Next Generation Summer School by 17 young people from 13 countries on the Croatian island of Cres.

Also, a Hungaria translation of this OP ED is available: "Igen, lehet EU-tópia!"

The first Policy Brief of Christina Griessler and Fanni Elek "Hungary, an anti-role model for successful EU integration?" is published on the website of ÖGfE.

Further policy Briefs are published in the newsletter/policy brief of ÖGfE: